Whether you want to explore the rolling hills and forest of the Northumberland National Park or spend the day on the beach with the dogs, shop 'till you drop or hit up one of the many gin bars, or explore the historic city of Newcastle, there is something for all ages. 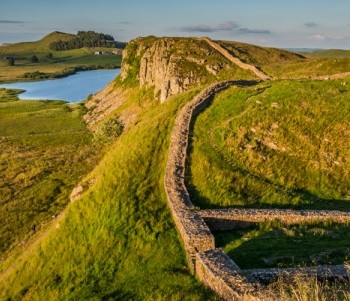 For around three centuries, Hadrian’s Wall was a vibrant, multi-cultured frontier sprawling almost 80 miles coast-to-coast. Built by a force of 15,000 men in under six years, it’s as astounding today for its sheer vision as it is for its engineering. Milecastles, barracks, ramparts and forts punctuate a diverse landscape that provides a dramatic backdrop. Explore bath houses, turrets and shrines, visit galleries and museums and watch live excavations uncover fresh details of ancient Roman Britain before your eyes. However you discover it, Hadrian’s Wall is a unique, must-see monument and a remarkable place to experience. 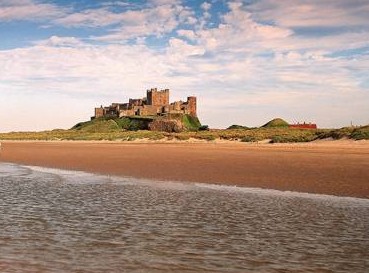 With more than 30 miles of beaches, a galapagos of islands, hidden coves and a designated Area of Outstanding Natural Beauty, the Northumberland coast is simply spectacular. From stretches of hard, flat sand, perfect for sandcastles, tiny sheltered gems ideal for cosy picnics or vast breaker-blasted expanses for invigorating walks with the dog, Northumberland has the beach for you. There are jolly seaside towns and villages to explore. Tuck into fish and chips on a warm bench at Amble overlooking the harbour or try a pint of local ale outside a traditional seaside pub in Low Newton-by-the-Sea. 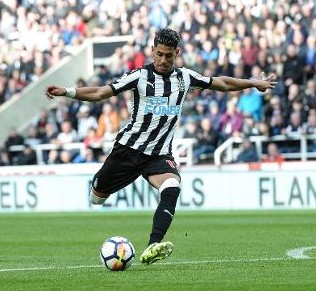 With two professional football teams close by, you can spend the week nights and weekends enjoying football at St James Park with Newcastle United and at the Stadium of Light with Sunderland FC. We also have some great local teams who are worth a watch, such as South Shields FC who lifted the FA Vase in 2017 and North Shields FC in 2015. Fancy something a bit different? Why not get yourself booked onto a stadium tour and take a sneak peak at the changing rooms and much more. 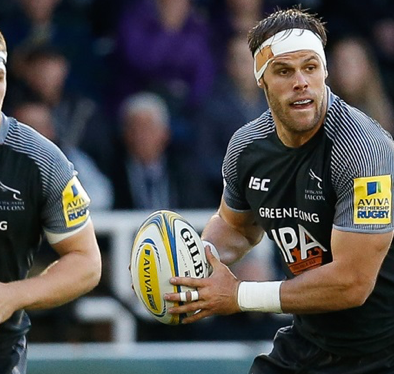 Newcastle Falcons have been at Kingston Park Stadium, their current home ground since 1990, when they were still known as Newcastle Gosforth. The Falcons is currently the only professional rugby club in north east England, with one Premiership and four domestic cups to their name. It also boasted a number of home-grown internationals including Jonny Wilkinson, Jamie Noon, Mathew Tait, Toby Flood, Dave Wilson, Geoff Parling, Phil Dowson, Lee Dickson, Kieran Brookes and Mark Wilson. 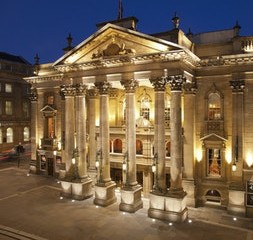 The North East is a thriving cultural region with an abundance of amazing theatres. The Theatre Royal Newcastle, regional home to the Royal Shakespeare Company, and the Sunderland Empire, often referred to as the West End of the North, provide the region with world-renowned shows and performances such as The Lion King, Wicked and Top Hat. For something a little different in the heart of the city visit Northern Stage, where fresh and relevant productions of modern classics have helped build a strong national reputation. Or perhaps take a trip to the Live Theatre on Newcastle Quayside, where their strong regional identity is represented on the stage. 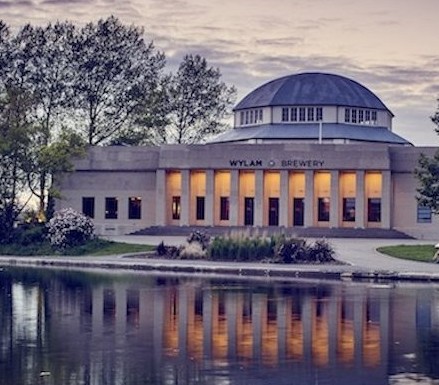 Founded in 2000, Wylam is a 30 Barrel Micro Brewery that resides at the Palace of Arts in Exhibition Park. Alongside the Brewery there is a Brewery Tap, which is open to the public Thursdays to Sundays inclusive. The Grand Hall plays host to Live Music, Weddings, Pop Up Events and more. 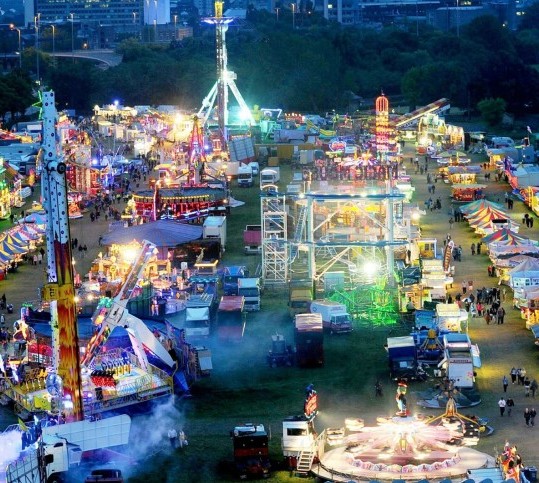 The Hoppings at the Town Moor are Europe’s biggest and best travelling funfair. Whether you want to ‘waltzer’ your way through the night or gallop round the traditional favourites, with over 300 attractions, there is fun for all the family. The Hoppings run for 1 week in June every year. 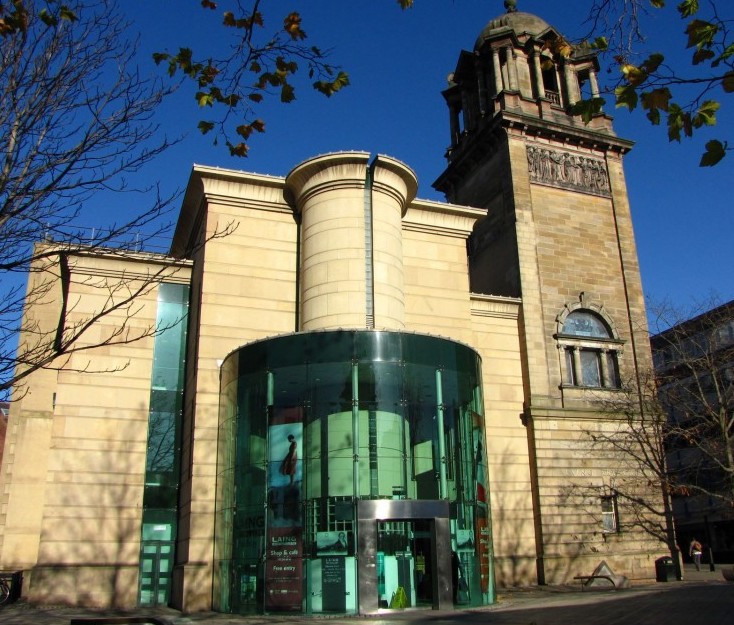 At the Laing Art Galley there's always something to keep everyone entertained and informed, from exhibition talks, family friendly activities and artist hosted events. Many of these events, like the gallery, are free of charge. With an impressive permanent collection displayed year-round, you can enjoy dynamic landscapes by John Martin, sculpture by Henry Moore, plus much more. 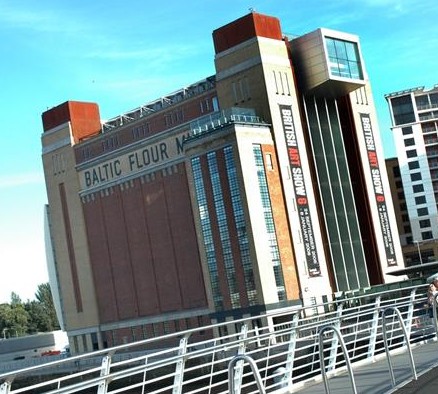 With a history that stretches back much further than its 2002 opening, the BALTIC Centre for Contemporary Art, housed in a completely renovated flour mill on the south bank of the River Tyne, Gateshead, is the biggest gallery of its kind in the world. The BALTIC aim to present a dynamic, diverse and international programme of contemporary visual art, with an ever-changing calendar of exhibitions and activities designed to give a unique and compelling insight into contemporary artistic practice. 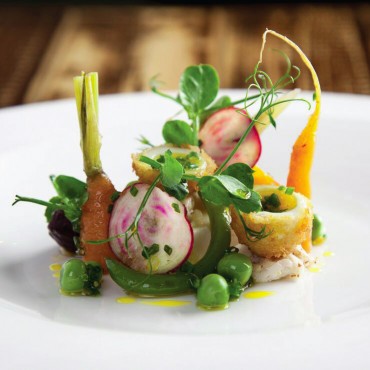 When it comes to good food we are ahead of the curve. There are hundreds of fantastic restaurants in Newcastle and Gateshead with almost every type of cuisine to choose from, and no matter what your location, you'll find something to tempt you. From michelin star food at House of Tides to authentic Thai street food at Zaap Newcastle, there is something for everyone. We also have some great vegan places such as The Ship Inn, Ouseburn and Sky Apple Cafe, Heaton. 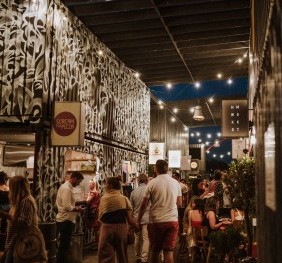 By the River Brew Co

By the River Brew Co. is an independent container community nestled under the iconic Tyne Bridge on the Gateshead side of the river. Enjoy a cool craft beer and some tasty food as well as get the chance to sample the delights of their vibrant Hawker Market which hosts the finest selection of street food and independent traders. 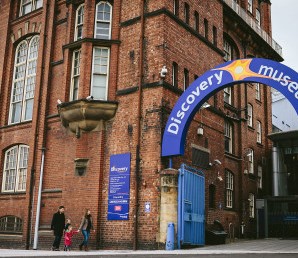 Discover all about life in Newcastle and Tyneside, from the area's renowned maritime history and world-changing science and technology right through to fashion through the eras and military history. The museum is bursting with interactive displays, which makes it the perfect place to learn and have fun. Visitors to the Discovery Museum can reap the benefits of free entry, as it's positioned within Newcastle it has great transport links for both public and private transport. 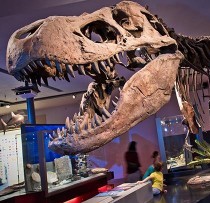 Great North Museum features pieces from the Hancock Museum and Newcastle University’s Museum of Antiquities, the Shefton Museum and the Hatton Gallery. Key exhibits include a fully interactive model of Hadrian's Wall, natural history, a significant display of plants and animals , spectacular objects from the Ancient Greeks and mummies from Ancient Egypt, a planetarium and a life-size T-Rex dinosaur skeleton. 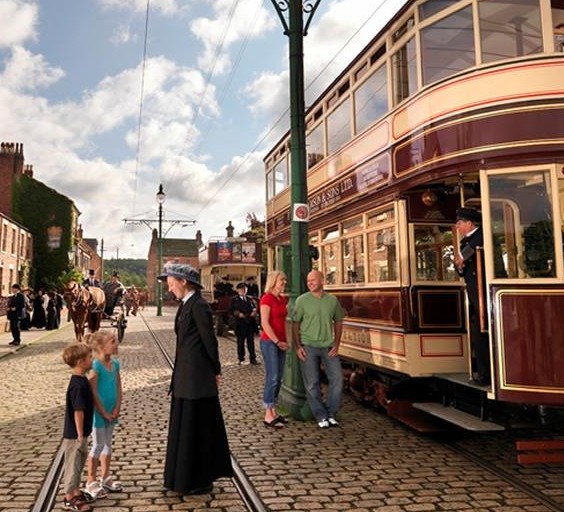 Beamish is a living, working museum, set in 300 acres of County Durham countryside. Costumed demonstrators bring to life the Edwardian Town and Pit Village, complete with original drift mine. At Home Farm and Pockerley Old Hall, experience firsthand how the Industrial revolution transformed agricultural life in the region. 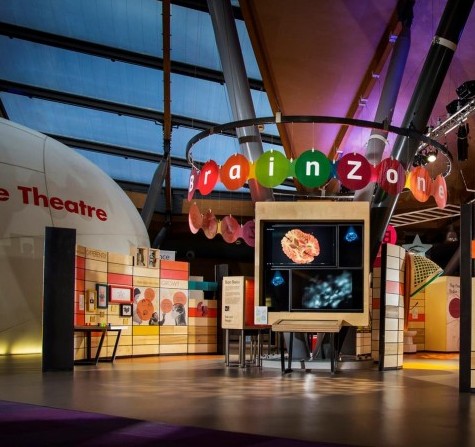 Life is an award-winning Science Centre in the heart of the city where one ticket gets you everything! Headlining events include the likes of the Science Theatre, a 4D Motion Ride*, the North’s biggest planetarium and the Curiosity Zone to name only a small selection. The Life Science Centre offers a combination of hands-on and display exhibits which have been designed to bring out your inner scientist, whilst having some fun in the process. 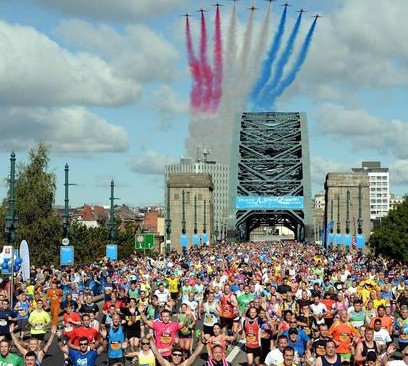 From the very beginning this event has been a celebration of what makes the North East great; thousands of supporters lining the course, hundreds of volunteers helping you along the way and runners like you, local heroes from around the UK who embody dedication and determination whatever your reason for running. The Simplyhealth Great North Run is the biggest half marathon in the World with over 57000 runners taking part in the famous 13.1 mile UK half marathon.

For more information on things to do in and around Newcastle, visit the NewcastleGateshead website.